From the desk of John Stemberger, President of Florida Family Policy Council: 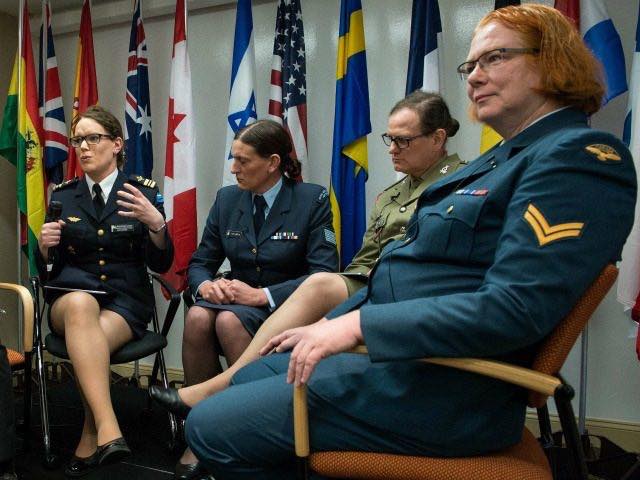 I am sitting here stunned. Late last week, Congress voted on an amendment by Rep. Vicky Hartzler (R-MO) to the National Defense Authorization Act (NDAA) which would have barred the use of taxpayer dollars for gender reassignment surgeries and hormone therapy for transgender members of the military.  Unfortunately, with the defection of 24 Republicans in the US House, the initiative failed and there is nothing to prevent the Obama-era policy from moving forward.

I believe that gender dysphoria (the condition of feeling one’s emotional and psychological identity as male or female to be opposite to one’s biological sex) can be very painful for the individual with the condition. However, helping that person to ignore reality and basic biology and assisting them in harming their otherwise healthy body with medical treatments is not the answer. We certainly shouldn’t be using public funding to pay for those treatments!  In fact, Dr. Paul R. McHugh, the former psychiatrist-in-chief for Johns Hopkins Hospital and its current Distinguished Service Professor of Psychiatry, said that transgenderism is a “mental disorder” that merits treatment, that sex change is “biologically impossible,” and that people who promote sexual reassignment surgery are collaborating with and promoting a mental disorder.  As a nation, we shouldn’t be promoting gender transition and the denial of biological reality, we should be helping those individuals struggling by getting them counseling.

Just over half (14 of 27) of Florida’s Congressional delegation voted against the amendment to bar funding for gender transition treatments, with the exception of mental health counseling. Especially disappointing are the three Florida Republicans who voted against the amendment in defiance of conservative principles.  FFPC reached out to each of those three Republican offices and asked them to vote yes on Hartzler’s amendment and ensure that you and I aren’t paying for treatments we believe to be fundamentally wrong.   Below is a list of every member who voted to allow the use of your tax dollars to pay for service members’ gender transition:

*Rep. Brian Mast asked that his vote be changed after the fact due to a mistake in voting

Already the Army is instructing women soldiers to accept sharing public showers, restrooms, and barracks with transgenders, including men who call themselves “women” yet remain fully anatomically male. This is absolutely outrageous!  Now, we are going to further perpetuate the myth that one can change one’s gender by paying for gender transition treatment.

This issue is only going become more prominent in Florida and cities throughout our state in the coming days, weeks, months, and years, so we all need to educate ourselves.  For that purpose, I’m including some resources on transgenderism:

Florida Family Policy Council is committed to continuing to educate individuals on the transgender issue and to fight for common-sense public policy, but we need your help!

If conservative principles and being aware of this kind of information is important to you, please consider giving a gift today. Your gift will help us continue our work throughout the state of Florida and ensure that our shared values are being heard in the public square.  You can donate by clicking this link.

Thank you for your prayers and support as Florida Family Policy Council works to build a state and a nation where God is honored, life is cherished, families thrive, and religious liberty flourishes.