Week 5 has come to an end! If a bill has not yet been through at least some committees at this point, the odds that it will pass are rapidly shrinking. Subcommittees and some committees are beginning to wrap up as the focus turns to floor debate on the bills passed out of committees. As many good bills advance in the session, the intensity and frustration of the opposition has increased.

On Monday, Sen. Doug Broxson presented SB 1184, the Free Speech for Healthcare Practitioners Act, in its second committee, Judiciary. While addressing threats to freedom of speech for medical providers, Sen. Broxson answered opponents who justified government speech restrictions on doctors. He affirmed that a doctor does not forfeit his freedom of speech when he accepts his job. Sens. Dennis Baxley, Danny Burgess, and Ray Rodrigues all spoke in debate in favor of the bill, pointing out the Constitutional and scientific significance of medical free speech and calling it crucial to the advancement of medical progress. In addition to compelling physician testimony on the need for the bill, Legislative Director Aaron DiPietro also testified in support. He argued that, if private medical certification boards acted with police powers over medical professionals and restricted their speech, they would have no right to do that–even a governmental body would be forbidden to restrict the free speech of doctors. Aaron DiPietro was also briefly cross examined by bill opponent Sen. Audrey Gibson. The bill passed shortly thereafter.

Tuesday morning, SB 1834, the Parental Rights in Education Act, the now nationally infamous bill facing attacks all the way up to the White House, was heard in the Senate Education Committee. Bill sponsor Sen. Dennis Baxley defended the rights of parents to be involved in their children’s educational progress as well as the need for school districts to be transparent with parents when official policy changes. Baxley also discussed the importance of parents being involved in overseeing discussions of sexuality with elementary students and keeping school district policy focused on academics.

Public testimony in this committee was quite combative as opponents made the absurd claim that the bill would result in the deaths of LGBT-identifying youth across the state. People in favor of the bill argued that parental rights were fundamental and must be respected by the state, regardless of the political opinions of school district officials. Legislative Director Aaron DiPietro spoke about the critical nature of parental involvement in a child’s educational success and emphasized the bill’s focus on protecting “children by empowering parents to be engaged in their children’s lives and education by increasing transparency in official school district policy.” Though tensions were high, decorum was maintained until after the bill was passed. As the committee adjourned, opponents from the audience began to shout, “Shame on you,” and “Blood is on your hands!” Insults and attacks were even hurled at one mother who testified in support the bill, leading her to be escorted out the back of the committee room for safety precautions.

President Joe Biden Tuesday called this bill “a hateful bill” towards the LGBTQI+ community, and opposition nationwide has dubbed it the “Don’t Say Gay” bill. Watch me defend this bill on Washington Watch with Tony Perkins here at this link or on NTD News (The Epoch Times) at this link.

Later that evening, the Individual Freedom Act, the bill restricting CRT in public schools, among other places, was heard in the Education and Employment committee, presented once again by Rep. Bryan Avila, the bill sponsor. Opponents from both the public and the committee continued to accuse the sponsor of seeking to revise history, while Rep. Avila and Rep. Randy Fine, among others, passionately argued the opposite, that in fact, the bill was seeking to ensure true history was taught, apart from political bias. Legislative Director Aaron DiPietro spoke out in favor of the bill, once again urging the distinction between teaching historical facts and political philosophies of ideological interpretation. Despite heated debate from the opposition over a two hour period, the bill passed out of the committee.

Finally, on Thursday, HB 5 (the late-term abortion ban) was heard in the Health and Human Services Committee. The hearing kicked off with pro-abortion Rep. Michelle Rayner introducing an amendment to strip the pro-life protections from the bill; she was quickly rebuffed by Reps. Tyler Sirois and Will Robinson who argued her amendment undermined the bill. The amendment was quickly defeated. Bill sponsors Reps. Erin Grall and Jenna Persons-Mulicka then introduced the bill. Surprisingly, the bill opponents declined to cross examine Grall and Persons-Mulicka, choosing to allow public testimony to proceed. Committee Chair Colleen Burton and Ranking Member Tracie Davis then debated over time allotted to speakers. After the bill opponents agreed to forfeit closing debate, a compromise time was reached. Legislative Director Aaron DiPietro testified in support of the bill, emphasizing the humanity of the child. Other testimonies included a 25-year OB/GYN physician, a 19-week pregnant mother, and nurse all speaking in favor of life. Over one-hundred speaker cards were submitted including many opponents. Toward the end, a small commotion erupted as one speaker attempted to break up the meeting with chants but was quickly escorted out with the offending audience members. The bill passed, heading to the whole House floor next week.

Below is an updated list of some of the top bills we are tracking in this session, and some include an ACTION ALERT in Red, signifying upcoming bills that will be heard this week, providing opportunities for supporters to attend and show support for those bills. Next week is shaping up to be an action-packed week for some of our key, top priority bills!

Stay tuned for our weekly updates throughout the session. 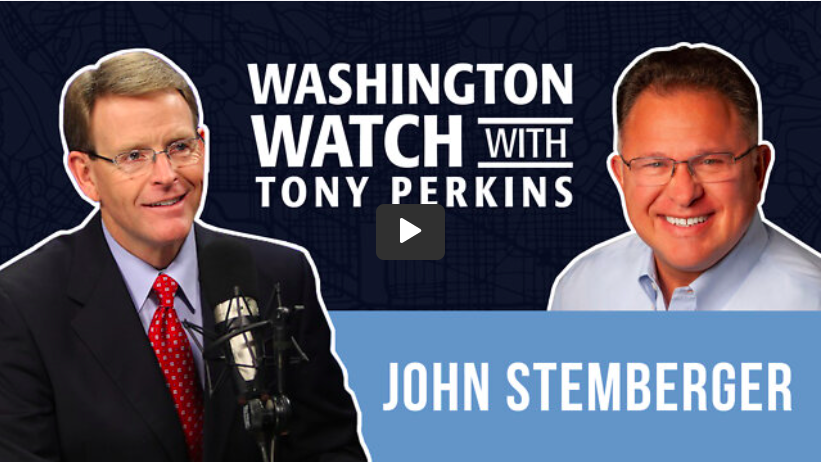 VIDEO: Watch me defend the Parental Rights in Education Bill on Washington Watch with Tony Perkins here at this link 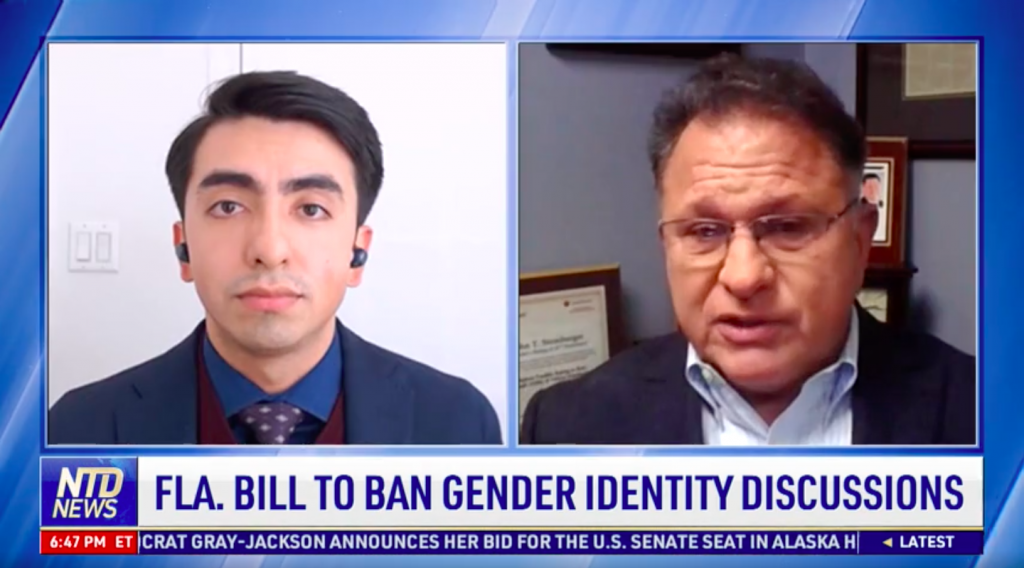 VIDEO: Watch me defend the Parental Rights in Education Act on NTD News (The Epoch Times) 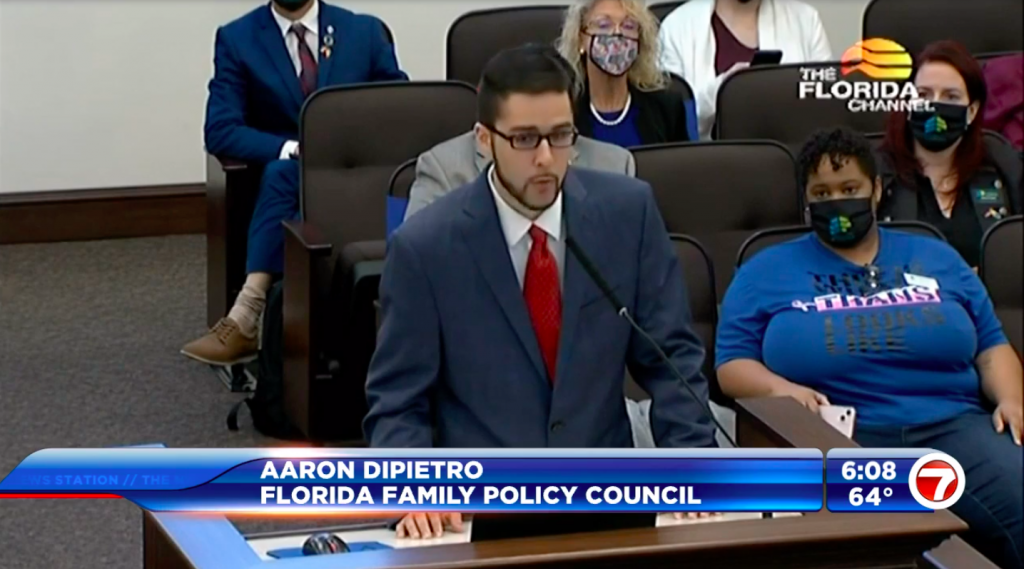 PHOTO ONLY: Aaron DiPietro’s Testimony in Favor of HB 1557/SB 1834, the Parental Rights in Education Act, on Miami News 7 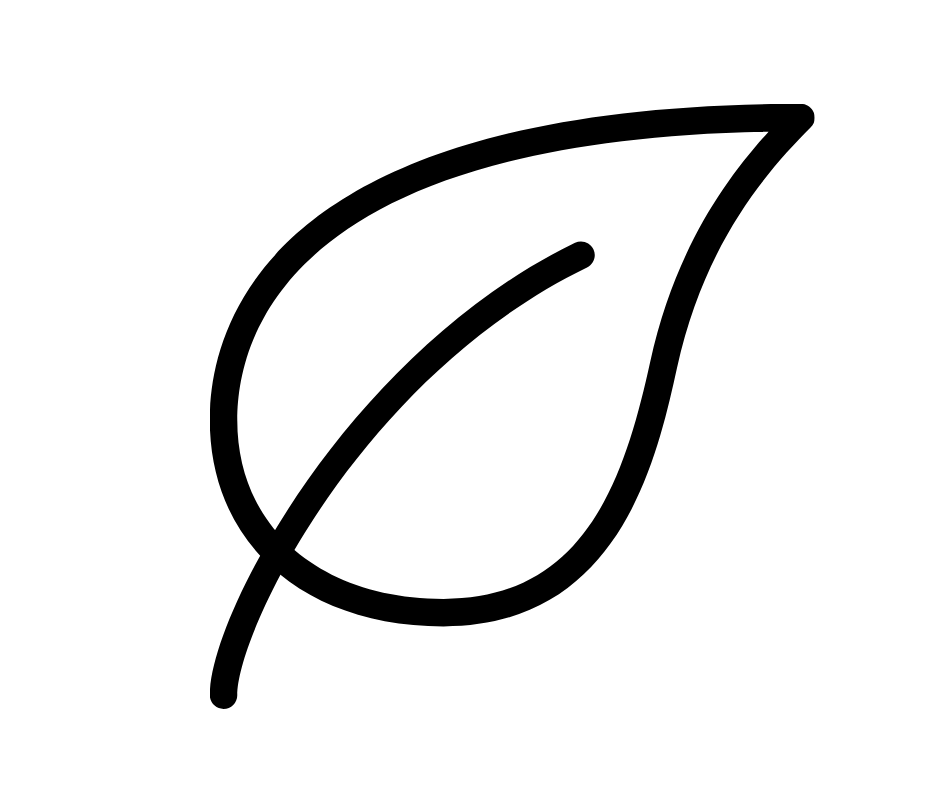