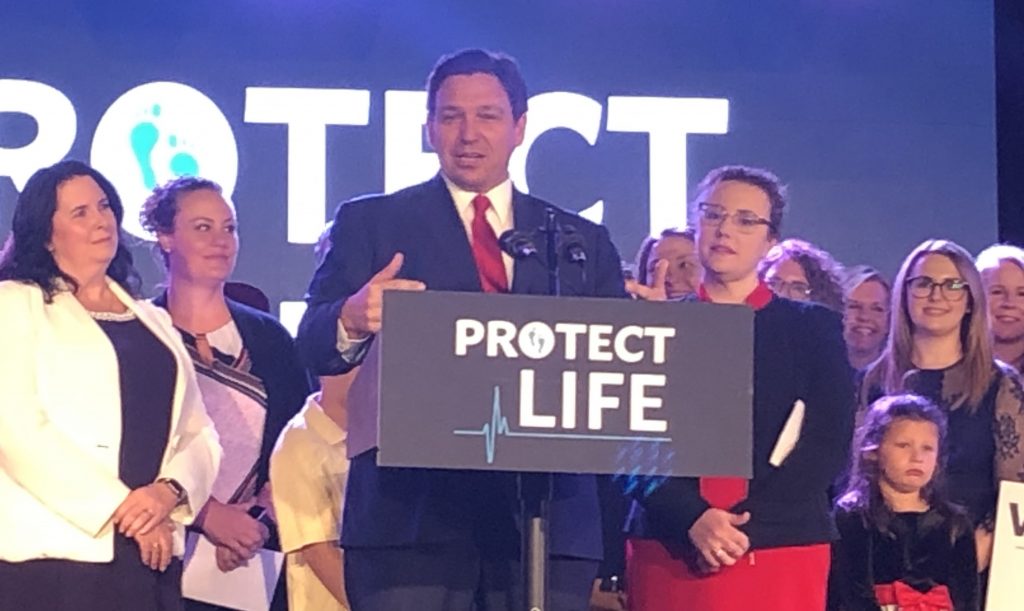 (Kissimmee, FL) Gov. Ron DeSantis signed a late-term abortion bill into law today at a Spanish-speaking church surrounded by about 350 women, children and supporters of the bill which protects unborn children after 15 weeks, making it the strongest protection for unborn children in Florida’s history since Roe v. Wade. The new law defends the lives of unborn children and creates enhanced reporting requirements for abortions. Senator Kelli Stargel and Representative Erin Grall sponsored the legislation, filing bills HB 5 and SB 146, which were about “Reducing Fetal and Infant Mortality.”

The Mississippi abortion ban currently before the Supreme Court for the Dobbs case includes a similar 15-week provision for banning abortions. If the High Court upholds Mississippi’s 15-week ban when the decision comes out in June, the Florida law will pass federal Constitutional muster. This law would directly save around 4,000 to 6,000 unborn children in Florida per year according to the Agency for Health Care Administration.

At the signing, Heather Grall Barwick, sister to Rep. Erin Grall, testified about the destruction and mental distress she endured after her own abortion at age 21. Heather had kept it a secret for so many years, but after Erin’s work in Congress compelled her to share her story, it liberated her to begin the healing process. Terry Kellogg, a parent, shared about how she adopted her daughter Hope, who survived an abortion at 10-1/2 weeks which later caused cerebral palsy. Though handicapped and confined to a wheelchair, Hope smiled at the audience, and her mother could not describe the overwhelming value of her daughter’s life and the good of this bill. 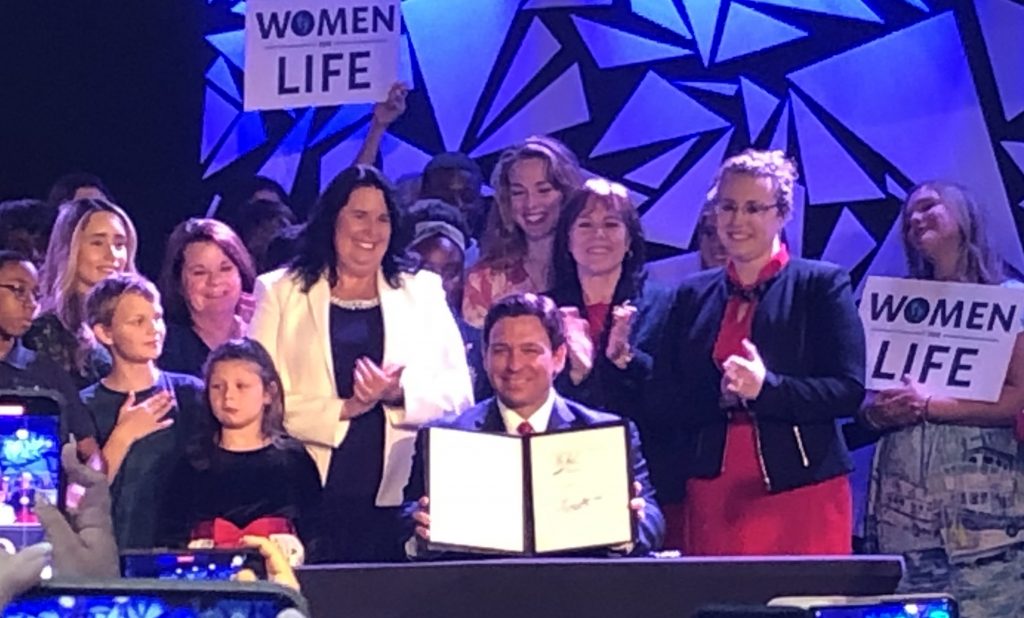 “This will represent the most significant protection for life enacted in this state in a generation. If you look at what’s going on in certain segments of our society, particularly among those who are affiliated with the far-left of the political spectrum…they are now taking the position that babies can be aborted up to the ninth month…that is just fundamentally wrong– that is infanticide.”

John Stemberger, President of the Florida Family Policy Council, released the following statement on the signing of the new pro-life legislation:

“Once again, Gov. DeSantis has proven that he is a man of principle and courageous leadership. He is to be highly commended for signing the strongest pro-life bill in in Florida’s post-Roe history. By the signing of this bill, Gov. DeSantis is solving Florida’s late-term abortion problem and providing robust protection for unborn babies. Ultimately, we want to see a world where abortion is not only illegal—it is unthinkable. We want a state and a country where we love children and not kill them, where we can care for both mothers and their children, and where adoption is always the better option. This bill is a major step in this direction.”