Why I am for medical marijuana but against Amendment 2, Orlando Lawyer John Morgan’s deceptive campaign to legalize pot smoking across Florida

This past year has been a real learning curve on the whole topic of medical marijuana.  Thanks to a good friend of mine, who is a respected physician, I learned there really are some valid and legitimate medical uses for marijuana.  Prior to this, I thought most of the medical marijuana talk was just an excuse to smoke dope by leftist potheads.  But it is clear to me now that there are some very debilitating and painful conditions which only seem to respond to the active ingredient in cannabis.

In fact, earlier this year the Republican dominated legislature and also recognized this fact and passed a special bill to specifically legalize a special strain of marijuana called “Charlotte’s Web.”  The drug isolates the helpful medical essence of marijuana and allows it to be taken in a non-euphoric, non-smoked form to treat various seizures in children and other serious conditions.  The bill was signed into law by Governor Rick Scott and became effective June 2014.

Knowing this, you may also want to know why I am so adamantly against Amendment 2 and am encouraging everyone I know to “Vote No on 2”, the so-called medical marijuana amendment on November 4th.  Here are at least ten reasons why this is one of the worst ideas in Florida’s history, and why it’s not what is seems on the surface.

1. The Amendment will allow minors to smoke pot without parental knowledge or consent. There are no restrictions on Amendment 2 for age, and those street corner dispensers will be able to give pot to minors without their parent’s consent or even notice.  As a father of four children under the age of 13, this alone, frankly enrages me as a parent.

2. There are no restrictions on where in your neighborhood these “pot shops” can be placed.  Based on where they have set up pot shops like “pill-mills” in California and Colorado, and based on the language of this Amendment, you can expect “dispensaries” to pop up across the street from junior high schools, near churches, restaurants and other small businesses.

3. The only requirement for a so-called “caregiver” marijuana dispenser is that he or she be 21 years old.  Also “caregivers” are not required to have background checks, they could be convicted felons, and have no requirements for medical training.  We used to call these people drug dealers and put them in jail.  The opponents of Amendment 2 are appropriately calling it the “Drug Dealer Protection Act.”

4. Pot will be “dispensed” for any “other conditions” under Amendment 2.  While the ballot summary (the only part you will see when you vote) says that the drug is supposed to be given for “debilitating medical conditions,” the full text of what becomes law in the Florida Constitution (which you will not see on the ballot) says marijuana can be sold for any “other conditions.”  So fatigue, insomnia, nausea or back aches will qualify you to smoke dope.  This is the functional equivalent of legalizing pot for recreational use. 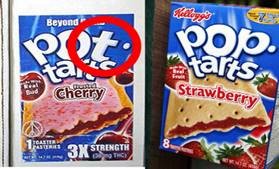 5. Amendment 2 expressly allows for “medibles” which are marijuana-laced candies, cookies, baked goods, soda pop and other foods attractive to children.  To really appreciate how bad this Amendment would be, look no further than to the states where this dangerous game has played out in California and Colorado.  Just Google search images of the word “medibles” and you will find the hundreds of candies, cookies and baked goods laced with marijuana.  And who did you think these “edible treats” will be marketed to?  You guessed it–our children and grandchildren.

6. Amendment 2 gives complete civil and criminal immunity to all caregivers, growers, distributors and doctors selling pot.  Under the Amendment’s language, everyone in the process of growing, handling and distributing pot would be given complete civil and criminal legal immunity and allowed to operate free of liability.  So if a caregiver hurts someone, there are no lawsuits or arrests that will come from the harm.  It almost seems unbelievable but it’s true.  How would you, as a small business owner, like to have complete immunity from law suits?  But we are going to give unbridled constitutional immunity to everyone involved with dispensing pot? 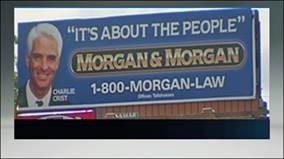 7. The Amendment is strategically being used to try and help turn out voters on the far left for Charlie Crist. Democrat gubernatorial candidate Charlie Crist is also a lawyer with John Morgan’s large personal injury firm based in Orlando.  So, naturally having a law partner become Governor (again) could do quite a bit to help his law firm.  In much the same way as many extreme conservatives don’t vote because they are fed up or don’t like the choices, the same thing happens with voters on the far left.  Those voters who chose Ralph Nader instead of Al Gore are exactly the kind of voters that the “medical marijuana” Amendment will drive to the polls, who may not have otherwise come out-and who are more likely to vote for Democrat Charlie Crist.  Morgan knows this and knows that in a tight race, like the one we have for Governor, having pot on the ballot could just make the difference in voter turn-out on the margins swaying a win for Charlie Crist.

8. John Morgan will most likely financially profit from this Amendment.  Why do you think John Morgan is pouring tons of money and untold amounts of time into this campaign?  To create an “army of angels” to do acts of compassion?  Guess again.  This video of John Morgan “unhinged” is really all you need to see to understand who and what is really behind this Amendment.  WARNING: This video is highly vulgar, raw, and not suited for children to view.

9. We are within clear striking distance of defeating this Amendment.  A lot of people who don’t agree with this Amendment think it will probably pass because of some early polling showing a high percentage favorable to the idea of medical marijuana and so they are not taking serious actions to defeat it.  When the campaign started, the issue was polling at 88% in favor of passage.  Since then support for Amendment 2 has dropped a whopping 40% as people learn more about the dangers, loopholes and real motives behind those who are driving this Amendment.  One of the latest polls from the Bob Graham Center shows those in favor of it are now at only 48% of the 60% needed to pass a Florida Amendment.  We only need 41% of voters to vote NO to defeat this very bad amendment.  The undecided votes could go either way and the deceptive ads are about to flood the airways and so this is going to be a very close vote.  But we can defeat this if we all work hard to get the word out!

10. Virtually every major daily newspaper in Florida has come out against Amendment 2 in addition to the Florida Medical Association, and seven former Florida Supreme Court Justices.  Some of the most liberal newspapers in the state like the Tampa Bay Times have taken official positions against this dangerous Amendment and are encouraging a NO VOTE because they know this is really not a medical marijuana amendment but an attempt to allow the full blown legalization of marijuana for recreational use.  The Orlando Sentinel has said “politics is coloring the debate,” and to vote No.  The Tampa Tribune says it’s a “Trojan Horse.” The Jacksonville Times Union said it’s a “Stalking Horse for recreational use.”  The Lakeland Ledger and the Bradenton Herald also recommended a “No Vote on 2.”

The bottom line is that everything about Amendment 2 is deceptive.  And, if we are able to tell enough of our friends and family about this in the days we have left before the election, we can defeat this effort and save our state, our communities and our children a lot of heartache and problems that would not be easily reversed for years to come.  Please – do not let Florida go to pot!

John Stemberger is an Orlando Attorney, president of Florida Family Action, and one of the leading pro-family advocates in Florida.