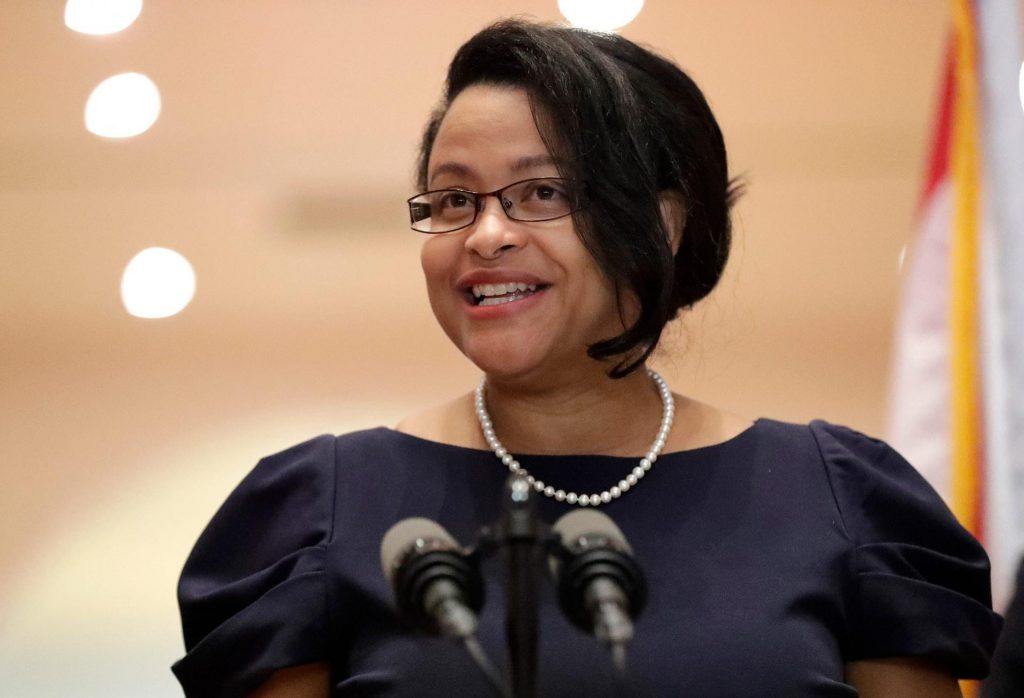 (Palm Beach, FL) Today, Governor Ron DeSantis announced the appointment of Judge Renatha Francis to the Florida Supreme Court. The appointment took place inside the Palm Beach County History Museum. Francis will replace Justice Alan Lawson who announced in April of this year that he would resign on August 31, 2022.

Judge Renatha Francis currently sits as a trial court judge on the 15th Circuit Court in Palm Beach, a position she was appointed to by Governor DeSantis in 2019 and preceding that she served as a county court judge in Miami-Dade County.

“Judge Renatha Francis is a woman with an extraordinary life story, solid character, and deep faith. She is highly qualified for this position coming from the unique perspective of having served as a County Court judge, a Circuit Court judge, and six and a half years as a judicial law clerk for the First District Court of Appeals in Tallahassee. As a wife, mother, and former business owner, Judge Francis will bring valuable real-life experiences to the court. I know her personally and she is articulate, serious-minded, and an extremely bright judge. Her judicial philosophy is one of restraint and she will interpret the law and the constitution as an originalist and a textualist. As a reflection of this judicial philosophy, in her second Judicial Nominating Commission (JNC) interview she stated, ‘The job of a justice is not to try and rescue people from the consequences of their decisions. It is to apply the law as we find it, so that we are not exercising force and will–we are exercising merely judgment.’“

Of interest, Judge Francis’ appointment was supported by many prominent black lawmakers, including the Florida Conference of Black State Legislators and the Legislative Black Caucus. She will make history as the first Jamaican American Justice on the Florida Supreme Court. The Supreme Court has been without either a woman or an African American justice since Justice Peggy A. Quince resigned in 2019.

Francis was previously appointed to the Florida Supreme Court by Gov. DeSantis in 2020. However, the Florida Constitution requires a Supreme Court justice to be a member of the Florida Bar for ten years prior to being eligible. Initially, she did not intend to take her seat until September 24, 2020, when she reached that ten-year mark. However, State Representative Geraldine Thompson (D-Orlando) filed a lawsuit with the Supreme Court of Florida to invalidate her appointment.

On August 27, 2020, the Florida Supreme Court ruled that Governor DeSantis did exceed his authority by appointing Judge Francis because she was not yet eligible due to the ten-year requirement. The court also held that the governor should choose another candidate from the list previously submitted to him. Justice Jamie Grosshans from Orlando, Florida, was appointed in her place.

Justice Alan Lawson, who Francis will replace, is 61 and was appointed to the court by former Gov. Rick Scott.  He is stepping down from the court nearly 15 years ahead of reaching the mandatory retirement age for Florida justices of 75.

Personal Background and Professional Bio of Renatha Francis:
Judge Renatha Francis was born in Portmore, Jamaica, in 1977. Francis is a past student of St Hugh’s High School and the University of the West Indies, Mona, where she obtained her Bachelor’s Degree in law. Afterward, she immigrated to the US, where she received her Juris-Doctor from Florida Coastal School of Law in Jacksonville, Florida in 2010. She primarily represented insurance providers in personal injury protection litigation matters, specializing in the interpretation and application of automobile insurance policies. In 2017, Francis was appointed by Governor Rick Scott to the Miami-Dade County Court. In 2018, she was appointed to the 11th Circuit Court, and in 2019, to the 15th Circuit Court. She lives in South Florida with her husband Philip Fender and their two children.

Judge Francis’ most recent interview before the Supreme Court Judicial Nominating Commission (JNC) can be watched on video from 2:17:50 to 2:49:25: https://thefloridachannel.org/videos/6-11-22-florida-supreme-court-judicial-nominating-commission-part-1/

Judge Renatha Francis’ previous interview before the Supreme Court Judicial Nominating Commission (JNC) can be watched on video from 34:50 to 1:04:40 here: https://thefloridachannel.org/videos/1-11-20-florida-supreme-court-judicial-nominating-commission-part-2/