Yesterday afternoon (Sunday, August 26) the Florida Family Policy Council hosted a Prayer Rally for America’s Future with CitizenLink and Salem Radio. It was live-streamed for those unable to attend in person, and live-tweeted @PrayerRally2012 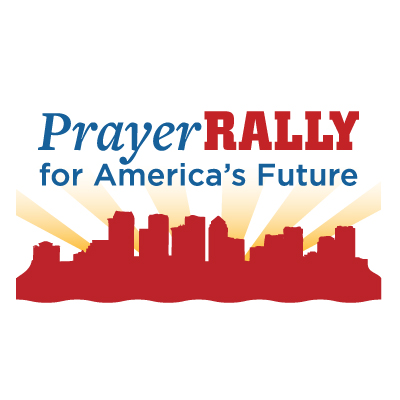 The band Generation Letter kicked off the event with a concert followed by a time of worship including singing Jesus Paid It All.

Jim Garlow, Senior Pastor of Skyline Wesleyan Church, was the first speaker, emphasizing the importance of marriage and encouraging pastors and people to speak out about biblical principles. He reminded us these issues aren’t political; they’re biblical.

Kristan Hawkins, Executive Director of Students For Life in America (SFLA), spoke about the importance of fighting for life. 50 million babies have been aborted legally in the United States since 1973.

Phyllis Schlafly, founder of the Eagle Forum, took the stage next and said we cannot separate social and economic issues in our politics.

“America’s favorite historian” David Barton expounded on our Founding Fathers’ Christian principles, including some of the language from Presidents’ national calls to prayer.

A time of intense prayer followed, with prayers for revival and for the issues raised from the podium thus far.

Generation Letter led singing Be Thou My Vision.

Liberty Council’s Mat Staver was next, reminding us that law is a reflection of God Himself.

Rick Scarborough, head of Vision America, lamented our nation’s turn from Christian values. “Who will lead America for the next four years? The same One who always has, and He will lead us either to renewal and repentance or to judgement.”

Michele Bachmann shared that we are not to be merely hearers of the Word, but doers. We must put action to our faith.

Bishop Harry Jackson led a time of prayer for revival in America, with others praying for the Supreme Court, pastors and church leaders, and for the pursuit of God in our homes, schools, offices, and political halls.

CitizenLink leader Tom Minnery lauded the Christians who knock on doors, make phone calls, register voters, and do everything in their power to remind people of the principles at stake. “This is not just a call to action; it’s a call to heaven– to prayer. We are citizens of His Kingdom; let this also make us faithful citizens on earth.”

John Stemberger wrapped up the evening, saying we have work to do over the next 72 days, by God’s grace. “You have heard that ‘this is the most important election of our lifetime,’ but this time it’s really true. Our country needs God. Our country needs us. No religion other than Christianity could have created freedom in America, and no other religion can save it. You want to wake up November 7, no matter what happens, with no regrets. God does not call us to win elections, but to be faithful.”

If you would like to get involved, Florida Family Action has nine field offices around the state where you can volunteer– join us in the fight to take back America one conversation at a time.