Dan Webster is the One Man Who Can Reform Congress. Here’s Why …

Dan Webster is the One Man Who Can Reform Congress.
Here’s Why…
By John Stemberger
Published on October 11, 2015 | Stream.org 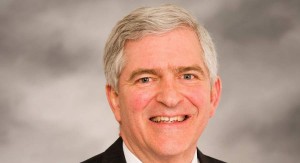 If there is one man who can fundamentally reform the way the United States Congress does business, it is Dan Webster. Why? For the simple reason that we saw him do it in Florida. I have personally observed him in his role as a public servant for 32 years.

In 2008, after 28 years of service, Webster returned to his private life as the owner of a small family-owned air conditioning business, the same man he was when he entered politics almost three decades before. Webster has not only shown strong leadership and integrity in politics and business, he also continues to demonstrate a deep commitment to his wife, family, and faith—and none of this changed during the time he served.

During his time in the Florida Legislature, Webster championed legislation protecting the right of parents to educate their children at home before homeschooling was common practice. In doing so, he helped facilitate the robust homeschool movement thriving in Florida today.

Dan and his wife Sandy homeschooled their own children, and while he was serving in the Florida Legislature often brought the whole family to the state capitol. When he was not on the floor of the House, he was often found in his office helping his wife Sandy instructing his children and taking an active part in their education.

Dan Webster’s quiet but principled leadership made such a lasting impact on the way Florida does government, that our organization, the Florida Family Policy Council, named our Lifetime Achievement Award after him. The Daniel Webster Lifetime Achievement Award has been given to those who have dedicated their lives to advance principled public policy in the areas of life, marriage and family.

When Dan Webster became Speaker of the Florida House he totally dismantled the way the government did business. He began by conducting a nationwide search for conservative staffers to surround himself with. He then asked House committee staff where they would like to serve and allowed them to flourish where their passions and expertise were. Most importantly, he instituted a principle-based system rather than a power-based system to run the legislature.

The five principles that governed the Florida House under Webster’s leadership were:

It did not matter whether someone was a brand-new legislator or a veteran member, how much lobbying money or influence a bill had behind it, or whether a bill idea was sponsored by a Democrat or a Republican.

The only thing that mattered under the new system was whether or not a bill furthered the five First Principles. If it did, the bill was given a fair hearing. If it did not, it would likely never be brought up for discussion.

Under Dan Webster’s leadership, the committee staff carefully analyzed every bill brought before the legislature not just as to economic impact but also to its impact on the families of our state.

Webster also ensured that all House business ended by 6pm every night so that all members remained clear minded and sober (literally) when evaluating proposed bills and legislation.

A strong pro-lifer, during the Terri Schiavo controversy in Florida, as a state senator, he sponsored the legislation that saved Terri Schiavo’s life for ten months.

Webster has repeatedly proven his willingness to make the hard choices needed to turn broken systems around.

In Congress, he openly opposed John Boehner for House Speaker in January 2015, months before it was popular. As a consequence, Boehner punished him for his stance and stripped him of his seat on the powerful Rules Committee. Boehner’s actions demonstrated a petty tactic commonly used by leadership to control members which is exactly part of the problem.

A Different Kind of Leader
One of Dan’s first goals after being elected to Congress, was to meet personally with and pray with several members of Congress for them and their families whom he had never met before. Even Democratic leadership, who disagree with Dan’s political views, say he is “fair and open.” In short, Webster is the real deal.

Some argue Webster is not “dynamic” enough as a communicator to be Speaker of the House. I disagree. The problem with the past leadership in congress was not a lack of personality or persuasiveness on Fox News. The problem was the lack of courage and conviction which is typical of most politicians who are governed more by power, profit and polls instead of principle and good public policy.

Webster is not a slick politician. He is a wise and principled man who has held the line and resisted being corrupted by lobbyists and the ways of this world for over three decades of public service. And this is precisely why Dan Webster is the one man who can reform Congress and fundamentally change the way government works in Washington, DC.

John Stemberger is President of the Florida Family Policy Council.