It’s Time to Pray–and Its Time to Stand

No more than 48 hours after the U.S. Supreme Court redefined marriage for all 50 states, there are already calls to revoke the tax-exempt letters –and maybe even the tax exempt statuses for churches. Check out this opinion piece from a Time Magazine columnist.

“The Supreme Court’s ruling on gay marriage makes it clearer than ever that the government shouldn’t be subsidizing religion and non-profits…It’s time to abolish, or greatly diminish, their tax-exempt statuses.” -Mark Oppenheimer, Time Magazine

We are fully prepared to fight this and other threats and we hope you will stand with us today.

Churches provide untold benefits to our community. They feed our hungry, care for our sick, and give hope to the weary—some have even founded and operate hospitals caring for the sick. And now, because many churches believe in marriage between a man and a woman, they face losing their tax-deductible status.

I have been invited to speak on this critical issue next Thursday, July 9th, at the Florida Renewal conference to about 700 pastors here in Orlando. For registration information for your pastor or church leader, click HERE:

Sadly, the confusion will continue.

Since the Supreme Court just redefined marriage once, to include same-sex marriage, where does it stop? Since the court has removed the gender requirement for marriage there is really no end to the madness. Specifically, how do we deal with polygamy? Right after the decision, a man in Montana, who was inspired by the Court’s ruling, applied for a marriage license to marry a second wife, (while married) and is fully prepared to sue his state for that “right” if he is denied.

This is only the beginning of the rough waters ahead that we need to prepare for.

As we take time this weekend to observe and celebrate the 4th of July holiday, I have to think that our founding fathers, those 56 signers of our Declaration of Independence, never intended for our country and culture to be in the condition it is today.

I believe if they were alive today, our founding fathers would be grieving, if not just furious, over the fact that 5 lawyers as a majority of the US Supreme Court (originally designed to be the weakest branch of government) would take it upon themselves to devalue and force a radical redefinition of marriage upon all 50 states, denying states’ rights and opening up the flood gates to “lawful” religious persecution, mainly against Christians.

It’s time to pray— and it’s a time to stand.

For this 4th of July, please pray for our country, and for our elected officials and those in power, to have the courage and wisdom to be guided by God’s principles rather than mans.

And please help us stand on behalf of churches, ministries and people of faith by making a donation HERE today to help us preserve religious liberty.

The government should not be allowed to punish Christians for holding to their biblical beliefs about marriage.

Thank you for standing with us, 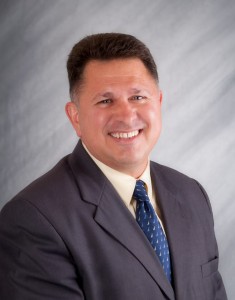