The Economic Impact of Abortion 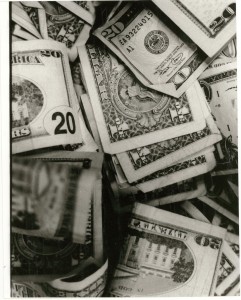 Since the tax burden is borne by 54% of Americans, that makes 14,292,433 effective taxpayers who are not alive to earn income and make those payments in 2012.

Using median income data and corresponding income tax rates, it is estimated that those killed by abortion would have contributed $80.6 billion to the US Treasury in 2012.

Income taxes make up 47% of the total taxes collected by the US government. Last week we wrote about abortion being the leading cause of death in the United States (in fact it increases the published death rate by nearly 60%), but we haven’t yet looked at abortion’s impact on our economy.

If the impact of their income tax revenue alone (and that estimated at median income by age) has a nine-figure effect, imagine the collective impact on our economy of their not buying consumer goods and services or paying interest on loans or mortgages, just to name a few. The effect is staggering.

4,000 babies continue to die every day in the United States at the request of their own mothers.

Click here for a PDF of the full report of abortion’s impact on tax revenue.