Week 8 is over and session is almost finished for the year! One more week to go.  Here are some of the highlights from the week on our top priority bills!

Monday morning, the Parental Rights in Education Act was heard in the Appropriations Committee. Based on Senate rules and for efficiency, the Senate took up the House version HB 1557 and skipped the final committee assignment stop, making Appropriations the final stop. Bill sponsor Sen. Dennis Baxley defended the rights of parents to be informed and involved in their children’s educational progress, as well as the need for school districts to be transparent with parents when official policy changes occur in the care and treatment of the parents’ children within those districts. Baxley also discussed the importance of parents being involved in overseeing discussions of sexuality with elementary students and keeping school district policy focused on academics. Legislative Director Aaron DiPietro again called out the false messaging against the bill, by referencing the bill’s actual text. He also highlighted the focus of the bill on supporting parental involvement in a child’s educational success and adding tools to increase transparency in official school district policy. After testimony, he faced hostile questioning from critics of the bill. His testimony can be seen below. The bill passed 12-8, with Republican Senator Jeff Brandes siding with committee Democrats in opposing the bill.

Tuesday evening, HB 7 – The Individual Freedom Act, the bill restricting CRT in public schools and other places, was heard on the full House floor. Sen. Manny Diaz, the bill sponsor, defended the bill for over an hour, dodging attacks on the bill, answering opponents’ hypotheticals, and defending the principles within the bill.

View a video below of protests breaking out against this bill on Thursday.

Public testimony followed with FFPC’s Aaron DiPietro again testifying in favor. In testimony, he specifically quoted the ideas prohibited in the bill, from the text of the bill itself, asking if the opponents really wanted to teach the following bad ideas in public schools as they appear in the bill:

Wednesday, the House floor heard HB 215 – the Religious Institutions Act, the bill seeking to place protections for churches and religious institutions from discriminatory government mandates during emergency declarations. Over very limited and even somewhat contradictory opposition in debate, Rep. Mike Beltran laid out the legal case for the law, pointing out that the bill simply was stating that churches are to be given equal treatment under the law. Bill sponsor Rep. Nick DiCeglie gave a powerful close, listing cases of religious freedom violations in Florida, declaring that government orders targeting religious institutions are unconstitutional, and calling upon his colleagues to join him in defending religious freedom for all Floridians. The bill passed on a uniquely bipartisan vote, 88-29. The bill has passed the Senate, and thus will be heading to the governor’s desk.

Starting later Wednesday, the Senate took up HB 5, the late-term abortion ban protecting the unborn after 15 weeks in the state of Florida.

Members went straight into debating amendments, all of which were designed to undermine or eliminate key portions. Debate on just the amendments alone lasted for over 3 hours, with much of the effort spent trying to running out the clock by the opposition.

The next day, after a full day of proceedings, the Senate at last moved to final debate on HB 5. Surprisingly, debate began shortly before 8:30 pm and ended in less than 2 hours later. Though debate tone was passionate and intense, it remained calm and controlled. Opponents of the bill continually brought up the lack of exceptions for rape and incest and the threat of back alley abortions that would occur if the bill were passed.

A pro-life highlight from debate was when Sen. Ileana Garcia called out the hypocrisy of the death penalty argument. If people oppose the death penalty on the basis of defending human dignity and life, they cannot deny that same reasoning to the unborn. Additionally, Sen. Danny Burgess gave a dynamic defense of the unborn, arguing that conflating the language of abortion with that of reproductive justice only distorts the truth. He reasoned that if the dismemberment of a child in the womb of his mother was a form of justice, he shuttered to think of what injustice was. Unborn children have no voice and he must be that voice, declaring that he would rather lose his next election than be wrong on this issue.

Sen. Ed Hooper, in a rare moment of participating in debate, shared his personal experiences with abortion. First, as an operating room technician assigned to a hospital surgeon performing abortions, he described being assigned to remove the fetal remains and dispose of them, which he said were clearly not just clumps of cells. He then went on to share the story of his daughter, who upon becoming pregnant at age 16 refused his advice to get an abortion, to his great relief later on. He recounted his whole worldview on abortion changing once he was able to hold his new grandchild.

Sen. Jason Brodeur, challenging the accusation of voting in favor for political reasons, shared about his experience of being given up for adoption at birth in the shadow of the legalization of abortion. He then went on to share his hope that there would be a kid whose life would be saved as a result of the bill, and as he closed, he said, “I’m doing this because that kid was me.”

Bill sponsor Sen. Kelli Stargel again closed debate by calling on each of her fellow members to defend the lives of unborn babies. After 18 years in the legislature fighting for the unborn and their mothers, her emotion at the historic moment was clearly evident. She pointed to two of her daughters, both unplanned pregnancies, and her little granddaughter in the gallery as a testimony to life. “We are telling young women that they have to lay down their child’s life to succeed–I was told that,” she said. “I never dreamed I would be able to save the lives of babies past 15 weeks’ gestation.”

The bill passed 24-15 immediately after.

We will continue to provide updates as session closes out next week. 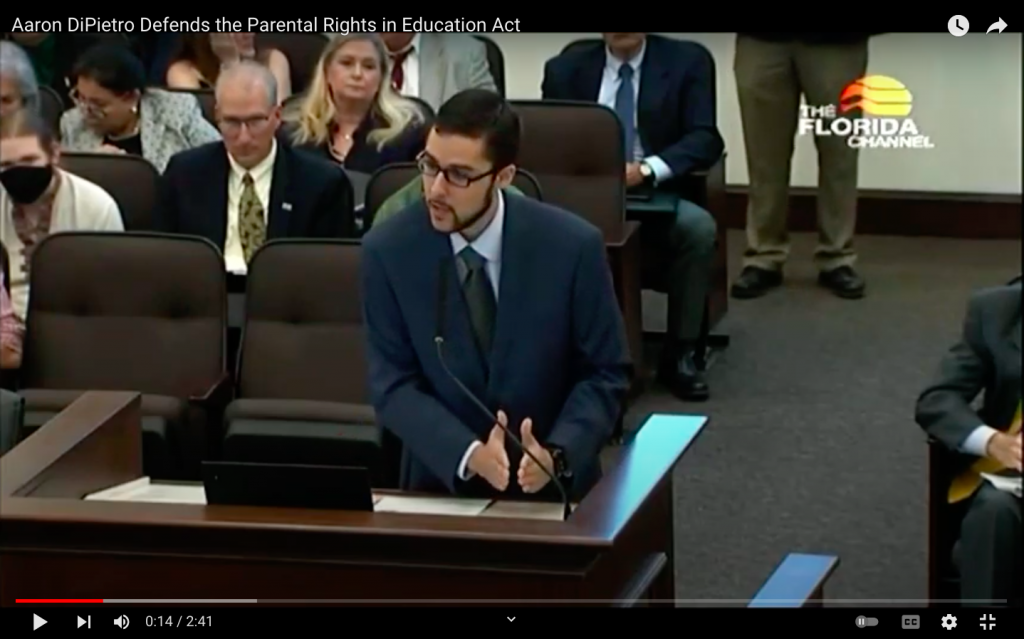 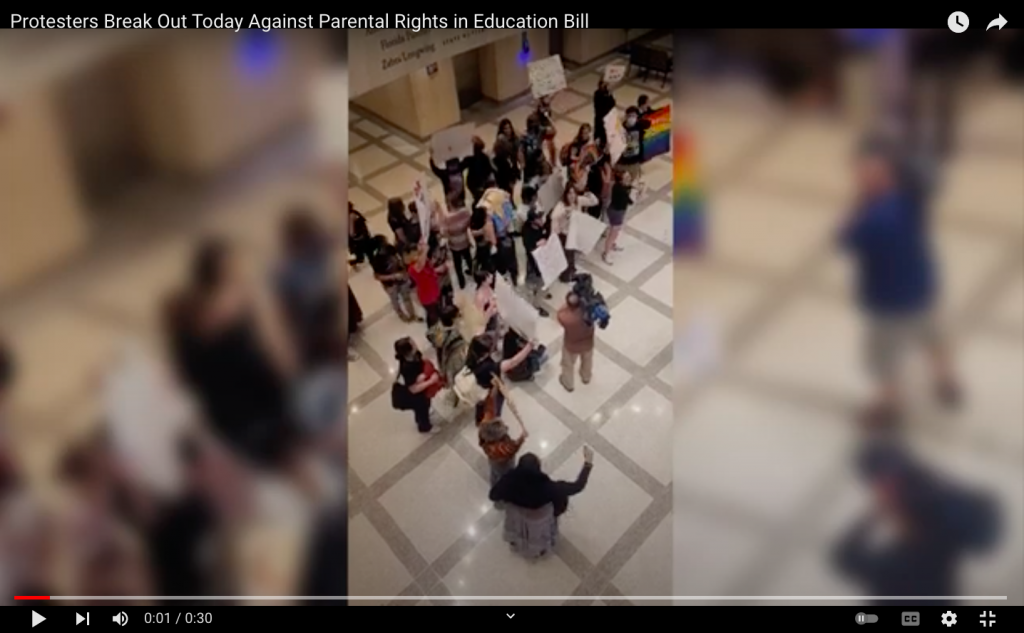 Status: Previously, HB 1557 passed the full House floor. The Senate passed HB 1557 12-8 in Senate Appropriations and is headed to the full Senate floor to be heard Monday with a final vote as soon as Tuesday.