One of our strategic objectives is to reach the next generation of young people. We are putting our money where our mouth is by hiring two members of Generation Z. We are pleased to announce Melissa Woodford, 23, as our new Communications Director, and Aaron DiPietro, 24, as our new Legislative Director. 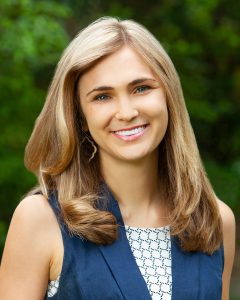 Melissa Woodford serves as the Florida Family Policy Council’s Communications Director. She worked previously in the marketing department of the legal advocacy and First Amendment litigation organization, Liberty Counsel, and she also worked for several Florida political campaigns. During college she completed internships with National Public Radio and Ligonier Ministries. Recently she won a national competition and was named the Turning Point USA Under 30 Speech Contest Winner for 2021. She has also been designated as a Prager University “Influencer.” Melissa was home educated and holds a bachelor’s degree in Interdisciplinary Studies from the University of Central Florida and focused on Journalism. She also spent a year studying theology and apologetics at Reformation Bible College, founded by the late Dr. R.C. Sproul in Sanford, Florida. Outside of work, Melissa enjoys the arts of singing, dance, and video production. 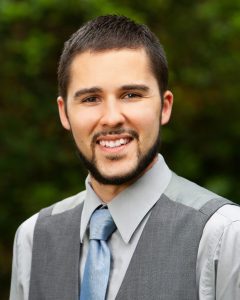 Aaron DiPietro is a native Floridian who was born and reared in Jacksonville, Florida where he was the oldest of six brothers. He was home educated and holds a B.S. in Business Administration with a focus on General Management from Thomas Edison State University.

Aaron has worked in the petroleum industry for the last 5 years before becoming the Legislative Director of the Florida Family Policy Council. Aaron also serves as the Political Director for Florida Family Action and serves on the leadership team for Stand4Jax.com, a Jacksonville based Christian civic engagement coalition. He is a long-time student of politics, history, philosophy, and apologetics. Aaron has extensive knowledge of Florida politics having spent hundreds of hours studying primary elections, political districts, polling, and campaign contributions. In his free time, Aaron enjoys reading, volleyball, and tracking local, state, and federal elections.

As we expand our team, we are optimistic about Florida’s future, and we believe reaching youth is all the more critical in our upcoming battles. There is still much work to be done. We appreciate your continued support.

PS- We are continuing to take applications to hire for two other positions with the FFPC, our Office Administrator / Executive Assistant and Bookkeeper.  If you know anyone interested in these positions, we would appreciate you spreading the word.