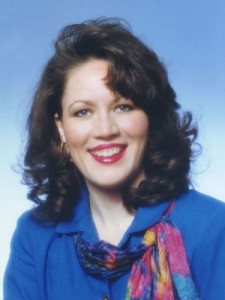 (Orlando, FL) Ronda Storms, a two decade veteran of Florida politics from the Tampa area will be one of many special guests in attendance at the Ninth Annual Policy Awards Dinner of the Florida Family Policy Council (FFPC) to be held on Saturday, October 11, 2014 in Orlando at the Rosen Centre Hotel. Storms is a wife, mother, attorney, educator and faithful public servant.

Former State Senator Ronda Storms will be honored as a recipient of the FFPC’s William Wilberforce Award. The award named after the famous Abolitionist- who served in the British Parliament, has also been given to Congressman David Weldon, State Representative Frank Attkinsson and Congresswoman Michele Bachman. The award honors public officials who have stood firm for the timeless principles of life, marriage and or family in the face of fierce opposition.

“Storms is a giant in the history of pro-life and pro-family politics in Florida. The type of fearless, principled and bold leadership she displayed while serving in the Hillsborough County Commission and then in the Florida Senate, is simply unparalleled in modern history. We can think of no political leader in Florida more deserving of the spirit of this noble award then Ronda Storms.”

Storms will be attending the dinner with David, her husband of 28 years and her 2 children. An additional award will be given at the dinner but the announcement about this award will not be made until the evening of the event itself.

The keynote speaker for this year’s Annual Policy Awards Dinner is former Undersecretary to President Reagan and former Presidential candidate, Gary Bauer. Gary is an amazing orator and is expected to give a major address on the state of our nation.

Reservations for tickets or sponsorships must be made by next Tuesday night, October 7th.