(Orlando, FL) The Florida Family Policy Council praises Florida’s Governor Ron DeSantis for signing the bill into law which prohibits males from competing in female sports. The bill was signed into law this morning by DeSantis at a Christian school in Jacksonville. 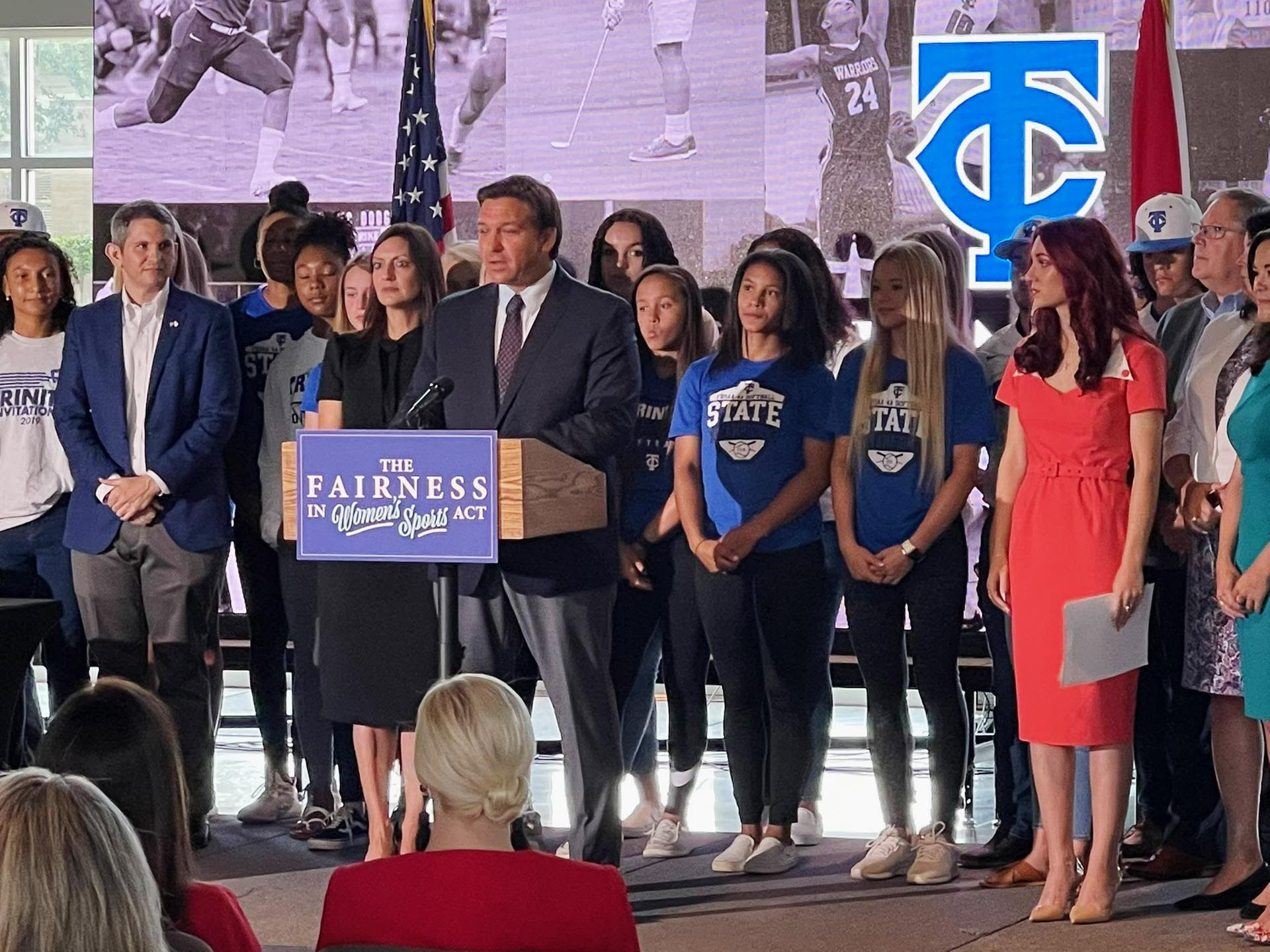 Gov. DeSantis made a very strong and unequivocal statement in support of the rationale behind the bill.  “Girls are gonna play girls’ sports, boys are going to play boys’ sports,” DeSantis said. The decision, the Governor said was “based off biology, not off ideology,” with the athletes gender ultimately stated on the “birth certificate at the time of birth.” “Just let me say very clearly that in Florida, we’re going to do what’s right. We’ll stand up to corporations, they’re not going to dictate the policies of this state. We’ll stand up to groups like the NCAA who think they should be able to dictate the policies of different states. We won’t be cowed. We will stand strong…If the price of that is we lose an event or two, I would choose to protect our young girls every day of the week and twice on Sunday,” DeSantis said.

FFPC President John Stemberger issued the following statement in response to the Governor’s signing of the bill:

“We applaud the strong leadership of Governor DeSantis in doing what is right to protect girls and women’s sports and the fairness of competitive events. Girls and women will not spend years of their lives and untold thousands of hours practicing for a sport if they know a male with greater lung capacity will beat them in a competition.

The Governor’s clear and unapologetic defense of this common-sense legislation says volumes about his courage and conviction under pressure and will surely set him up for leadership on a national level.

Young people who are experiencing gender dysphoria need our care, counseling, and help. They do not need to be affirmed in a psychological disorder which can directly jeopardize their health & even their life. We need to protect children and not encourage irreversible risky procedures like double mastectomies, gender mutilation and hormones and puberty blockers which create sterility.

Thanks also goes to the Republican Leadership of the House and Senate for passing this bill out of the legislature.  Senator Kelli Stargel and State Rep. Kaylee Tuck are to be highly commended for their courageous leadership in sponsoring this bill.”

For More Information or Interviews
Contact: Shirley Warren at 407-251-5130 or [email protected].