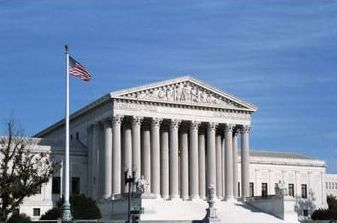 The Supreme Court’s last term ended with the Obamacare decision.

The new term opened Monday with many important cases to consider.

One they have not yet determined whether to take up will decide whether states with “a history of discrimination” must seek approval from the federal government before making changes to voting laws. The State of Florida’s change to the number of days of Early Voting is an example of a law that currently must be approved by the feds.

Sources say there is a good chance the Court may also take up the Defense of Marriage Act (DOMA) that prohibits the federal government from recognizing same-sex “marriages”. There are two challenges to DOMA and a challenge to California’s Proposition 8, which states that marriage shall be between a man and a woman. The most common prediction is that the Supreme Court will rule on marriage in the near future; the only real question is which case they will choose to hear.

These and other big decisions coming up remind us of the power of the Judicial branch of our federal government, bringing to mind who has the authority to appoint Justices to the Supreme Court.

Appointments to the Supreme Court are for life. Justice Breyer is 74, Justices Kennedy and Scalia are 76, and Justice Ginsburg is 79.

Keep this in mind as you vote for our next President and Senator, and keep the Supreme Court as well as the Executive and Legislative branches always in your prayers.