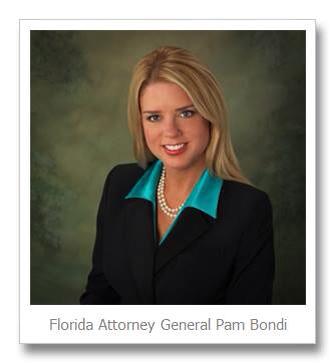 In a day when public officials are cowardly running from their sworn obligations whenever so called “gay-rights” challenges are at hand, Florida’s Attorney General Pam Bondi is to be commended for her courageous and clear defense of Article I, Section 27 of the Florida Constitution.  The Florida Marriage Protection Amendment was passed by 62% in 2008 when about five million Florida voters, in an act of direct democracy, voted defining marriage as the union of one man and one woman as husband and wife.  In her legal brief to the Court, Bondi nails the essence of government’s rational basis and compelling interests in defining, protecting and defending marriage.

In 2008, we argued the marriage amendment was needed because activist judges were starting to illegitimately strike down marriage laws around the country.  Derek Newton of Florida Red and Blue and Nadine Smith of Equality Florida accused us of exaggerating and stated that “it was not needed”.  Even worse, they straight up lied to Floridians saying the amendment had “nothing to do with gay marriage” and (unbelievably) tried to scare our most vulnerable citizens by saying the amendment would “take away benefits from seniors”.

Fast forward six years  – to today, and we see the truth about all this:  Not a single senior has lost a single benefit and lawless activist judges across America are indeed daily striking down marriage laws, creating new rights out of thin air that have no precedent in law or history.  In fact, federal judges are now even trying to strike down various state marriage amendments thwarting the sovereign will of the people.  Leftist Obama appointed judges are acting like the Constitution is Play Dough and can be manipulated irrespective of the plain text or the intent of the framers.  Even worse, Libertarians are repeating the clueless bumper sticker slogan “we need to get government out of the marriage business”.  These new and unprincipled arguments are either pragmatically trying to side step a controversial issue or are completely ignorant about its widespread policy implications.

In Florida, the ACLU and other gay activists filed four lawsuits — two in State Court (Miami and the Keys) and two in Federal Court (Jacksonville and Tallahassee).  Each of these lawsuits is asking the courts and judges to strike down Florida’s Marriage Amendment.  The federal lawsuits improperly and personally name Governor Rick Scott and Attorney General Pam Bondi as defendants for political reasons.

However, Pam Bondi did not cower from the intimidation and lawsuit demands of gay rights activists.  Instead, she and her office made some of the strongest arguments possible to protect Florida’s marriage laws.  In legal briefs to the court, she argued:

“The promotion of family continuity and stability is a legitimate state interest…Florida’s marriage laws, then, have a close, direct and rational relationship to society’s legitimate interest in increasing the likelihood that children will be born into and raised by the mothers and fathers who produced them in stable and enduring family units.”

Already the leftist media are deceptively and aggressively trying to misrepresent and criticize Bondi because her brief states that, “disrupting Florida’s existing marriage laws would impose significant public harm.”  Misleading headlines, completely taking this out of context, are reading “Bondi: Gay Marriage Would Cause Harm.”  Already she has received threats, intimidation, and is being demonized by the so called “champions of tolerance”— for simply doing her job.  Twitter posts are personally and ruthlessly attacking her.

The homosexual activists at Equality Florida posted a distasteful image of Bondi’s disembodied head on their website.  With a blood-red background, mouth wide open and her eyes angry, they posted bold, black words across her forehead.  A real class act.

Please make sure you thank Pam Bondi personally for her courage in defending marriage laws by sending her an email or writing her at [email protected]  If you are on Twitter thank her using @AGPamBondi.

In a day when Attorney Generals around the country are being intimidated and cowardly running from their sworn responsibility to defend the laws of this country and her states, Florida’s Attorney General Pam Bondi stands as an example of courage and responsible stewardship of her authority as the highest law enforcement officer in the state.

No elected offical is perfect.  But in this case, if you are wondering what leadership looks like, look no further than Attorney General Pam Bondi, who did her job and articulately defended the people of Florida and their Constitution which defines marriage as the union of one man and one woman.

John Stemberger is an Orlando Lawyer and President of the Florida Family Policy Council which led the 2008 campaign to define marriage as the union of one man and one woman in Florida’s Constitution.