As if the whole struggle depended on me alone 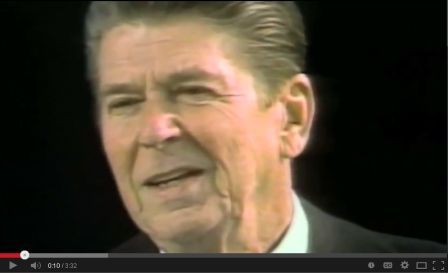 Do you remember watching this historic moment live on TV?

It was a cold day on January 20th, 1981 in Washington, D.C.  Newly-elected President Ronald Wilson Reagan was giving his first inaugural address and, in closing, he pulled from history the story of a little-known hero named Martin Treptow.

Martin Treptow was a young American who left his job in a small-town barber shop in 1917 to serve his country overseas in France.  As a Private in the Army, he was tasked with carrying a message between battalions on the Western Front under heavy artillery fire.  Sadly, Private Treptow was killed in the line of duty.

However, those who later found his body discovered a diary and written in his own handwriting were these words: 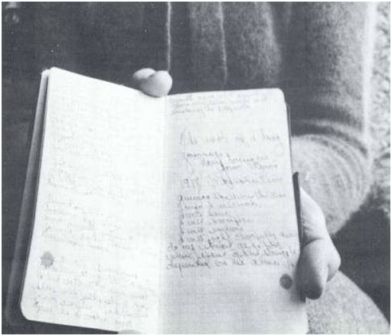 “America must win this war!
Therefore I will work,
I will save,
I will sacrifice,
I will endure,
I will fight cheerfully and do my utmost
as if the issue of the whole struggle
depended on me alone.”

That, my friend, is dedication.

And while most of us are clearly are not at the same level as our military or Private Treptow, we do want to model and emulate that same kind of tenacity in our love for this country and our commitment to fight the battles we face.  View that amazing small three-minute excerpt of President Reagan’s Inaugural Address. 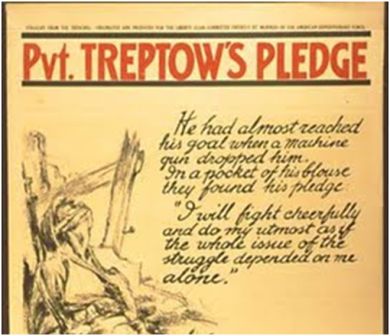 Would you join us in agreeing with Private Treptow’s pledge?

Will you also support FFPC’s efforts with your utmost by giving a sacrificial gift today?

Too many men and women have gone before us and paid the ultimate price for our freedom, for us to sit idly by.  Do we not owe them our very best to fight to preserve this country and its ideals that they fought so sacrificially for?

The battles we fight do not have geographical boundaries, nor are they in countries far away. Instead the battles we fight are for are real people, with real-life circumstances, right here in Florida and beyond. Some of the victims of those battles are: 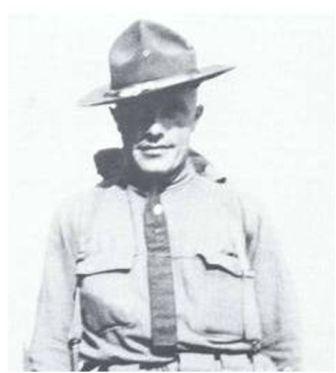 Will you allow yourself to be inspired by Private Treptow’s Pledge as we close out 2013 and prepare for the battles ahead in 2014?

If each of us will work, save, sacrifice, endure, fight cheerfully and do our utmost as if the issue of the whole struggle depended upon us alone the tomorrow we build really will be better and brighter than today.  Only then will we see life, marriage, family, and liberty honored and cherished once again!

Thank you for standing with us in the battle.  We couldn’t do it without you! Please donate today.