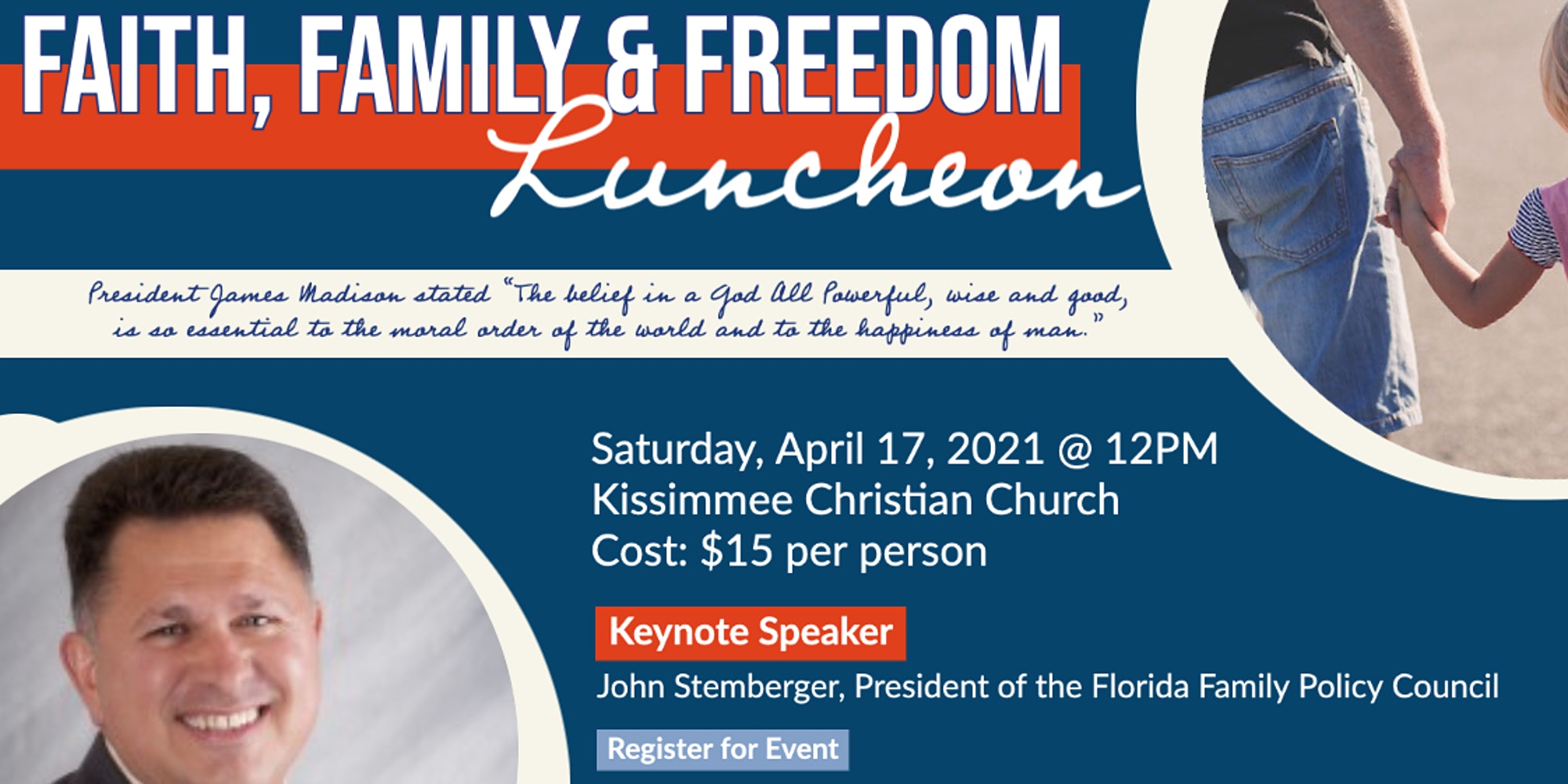 John Stemberger is an AV Rated Orlando attorney who has been a conservative policy advocate for over 30 years. As a native Floridian, he attended Florida State University where he studied political science and philosophy before obtaining a Juris Doctorate of Law at the Cumberland School of Law at Samford University.

Mr. Stemberger will explore the question: where do people of faith stand within politics after the 2020 election?

Where do we go from here as faith-based conservatives? John Stemberger will delve into the topics of school choice, fallacies on the Equality Act, pro-life, and so much more!

The event will be held in Kissimmee Christian Church, Ministry Center (415 N Main St, Kissimmee). Set your date for Saturday, April 17th, 2021, at 12:00 PM. Lunch will be served at the event.

Tickets for the luncheon are $15 per person and can be booked through this Eventbrite link.

Tickets can also be purchased at the door on the day of the event, but credit cards cannot be accepted, payment must be made in cash. We look forward to seeing you there!